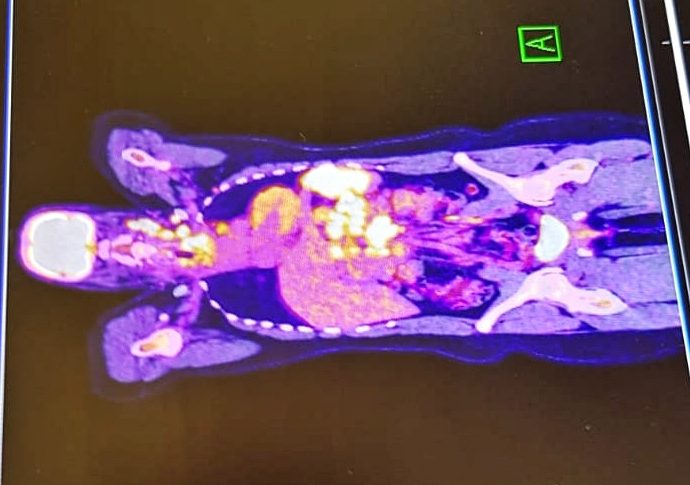 Soon after getting diagnosed with Hodgkin’ Lymphoma, I would often justify its existence to others as “at least it the best of a bad bunch”. This was partly I believe to kid myself, and to make it easier for other people to cope with. But the truth is there are NO GOOD cancers.

They are all different and will cause different problems for people which can have different levels of impact on an individual.
Hodgkin’ Lymphoma now has a really high cure rate for classical variant which I had, at around 80%, so does that make it a good one?
Well so now does breast cancer with a 83% survival rate beyond 10 years, testicular cancer at 93%……are any of them better cancers to get?
No. Because each and every form of cancer is a unique disease and illness. Each form of cancer takes its own toll and impact on the body. People are now able to live for years with cancer and it being managed and maintained, similar in some respects to being on lifelong treatment for diabetes or multiple sclerosis.
Besides the cure rate, another reason for believing it was best of a bad bunch was that I ONLY had to endure chemotherapy. ONLY!!
Chemotherapy is not something to be dismissed. It is a gruelling treatment that on the one hand destroys cancer but on the other hand destroys normal cells. Yes, I didn’t have to endure surgery or radiotherapy but it was a gruelling two weekly, 3-6 hour hospital visit to have “poison” pumped into my body. Does that make me lucky?
What about those that have to have surgery and then take a tablet once a month at home? Are they lucky?
Some other cancers may just need to endure radiotherapy? Does that make them lucky?
NO. Because the words luck and cancer shouldn’t be put together.
When you are given a diagnosis of cancer, you have an illness, you have a disease that needs to be treated. There is nothing lucky about that. By telling people, and allowing people to say they are lucky we are invalidating the emotional and psychological consequences of the disease that they experience. We are establishing a mindset for them, in which they should be able to just pick themselves up and get on with life, as oppose to enabling them to accept and process the impact having the disease has on them.
Hodgkin’s Lymphoma for me didn’t result in any outward changes but it caused significant internal changes. Hodgkin’s lymphoma affects the cells that make up blood and immune system, combine that in my case with anaemia of chronic conditions which impacts on the ability to get oxygen around the body and you have a physical body that has had to make significant compensations to survive for significant period of time. Those adaptions and compensations don’t just magically disappear once chemotherapy has ended. Just like if you have had any chronic health condition, your body needs time to overcome those. Throw in the damage that chemotherapy has had on you normal body cells and you have a significant physical mountain to regain a remanence of your former self.
Talking with other cancer survivors has helped me see that I wasn’t lucky. Others following having different cancers to me our able to physically undertake significantly more then I am at this stage, and that’s because of the toll the cancer took on my body before I even knew it was there is different to the toll their cancers took on their bodies. I may not have outward scars but I have significant internal ones that need time and rehabilitation to heal. Now its important to say that recovery after cancer is not a competition, but this realisation that I was never lucky has helped to validate all the emotions and psychological aspects that I’ve experienced in trying to recover. And as such it is something that I feel is an important message to share. No matter what cancer you have, what ever stage it is found at…. Nobody is ever lucky.
On this day, World Cancer Day, lets change the conversation on cancer and accept that they are all forms of a disease that take their toll on the human body, mind and spirit.