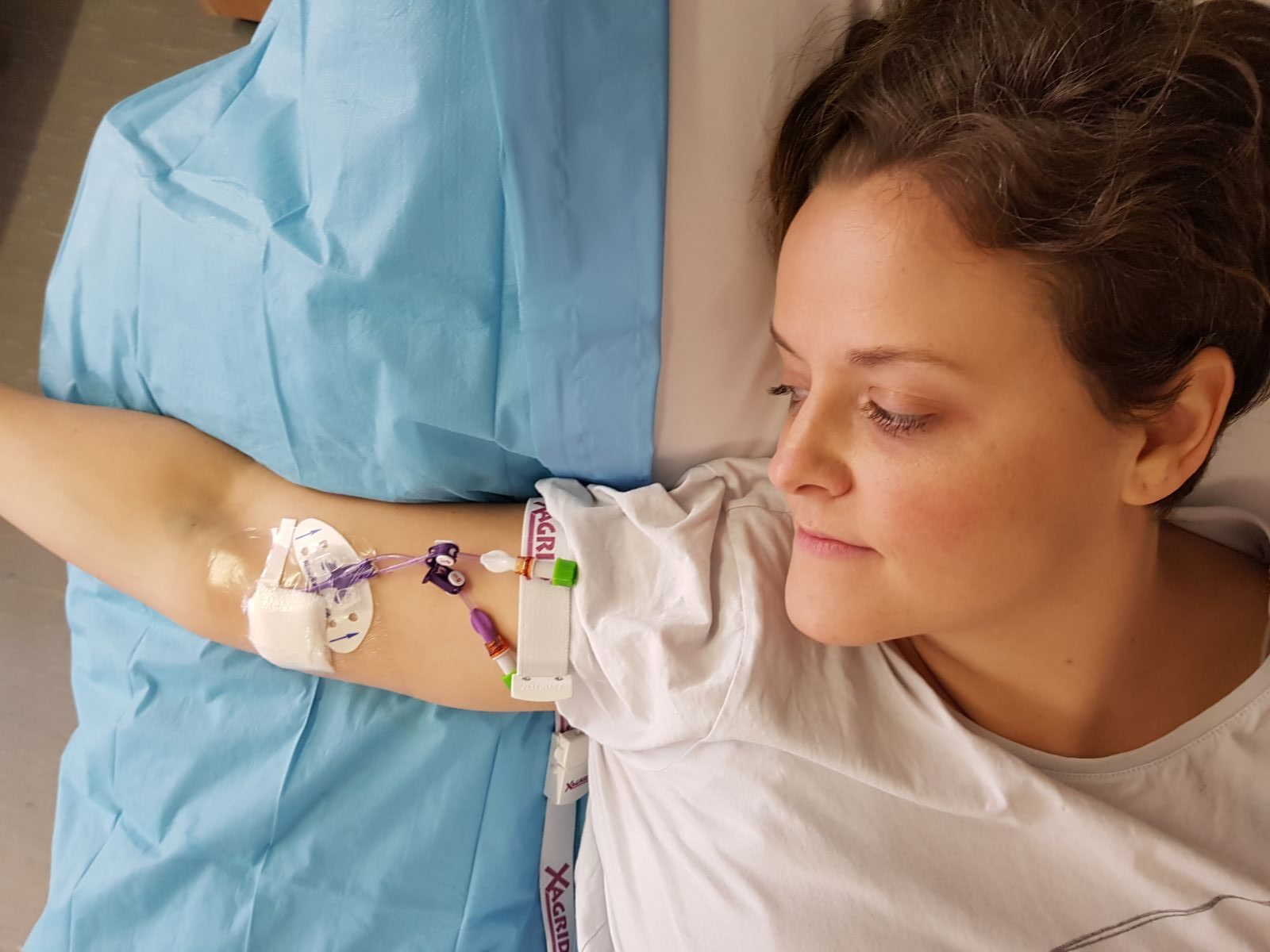 I would like to start this post with a disclaimer, in that as someone who experienced a number of different complications with their PICC line I intend to give my honest account for anyone reading and wanting to know what it was like to have a PICC line.  But the big disclaimer is this…….I WOULD NOT HAVE CHANGED IT FOR ANYTHING.

Despite every single complication I experienced (and I had more then one), and the issues they caused, the benefit, which will be hard to describe, was so much greater then the cost of all of the complications combined.  If I had to do the whole situation again, I would still have a PICC line inserted.

I think this is important to start with, because if I am going on to talk about the complication sides of it, it would be easy to immediately be put off the idea but for me, the benefit will always outweigh the complication risk and impact.  Also if you are squeamish I suggest you stop reading!!

Disclaimer over lets start with what is it.  A PICC line is a Peripherally Inserted Central Catheter.  It is a little tube made of silicon rubber or polyurethane that is inserted into a major vein, by guided ultrasound, in your arm.  The catheter runs from where it enters (usually above your elbow) and then stops internally in a major vein near your heart.  Cancer research UK have a really nice diagram and basic information that you can find if click here.  The procedure of putting it in is a sterile procedure, and you are given a local anaesthetic to ensure that you don’t feel much as its being inserted. 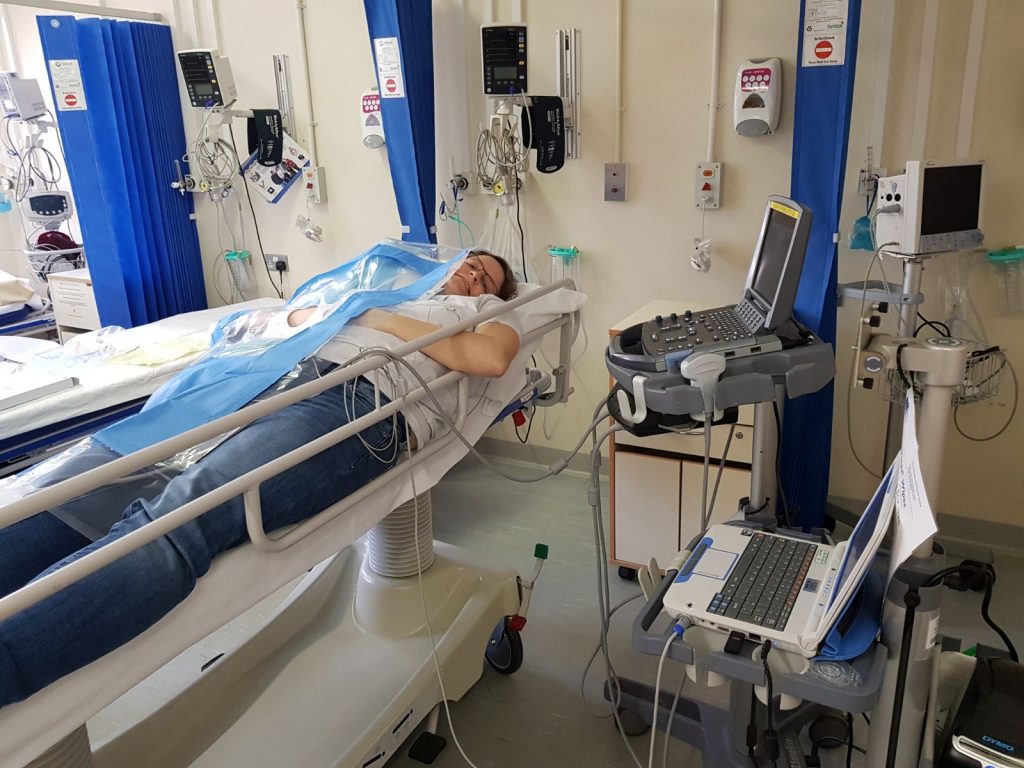 In total I had three PICC lines put in during my treatment stage.  During all of them, I didn’t really have any pain as a result of the PICC line going in due to the local anaesthetic, and the nurses inserting them were always good at topping it up if needed.  I could feel a bit of pressure at times, and on couple occasion when inserted bit too far it gave a funny sensation in my chest, but that was always quickly remedied by a little pull back out.  The whole process of inserting a PICC line takes between 1 to 2 hours, and depending on the technique used, a x-ray may be required to check its location.  If during your treatment, there are any concerns regarding the location of the line they will send you for a repeat x-ray to check its location.  Once in, if its in the correct place then you don’t feel it.  The only aspect for me that would cause pain was the administration of anaesthetic into the vein, and this relates to the reason I had a PICC line inserted in the first place.

My chemotherapy regime was ABVD, and very quickly after the first session, it was evident that it was having a negative impact on my veins.  For some individuals, their veins can handle the chemotherapy no problem at all.  For me, the chemotherapy insertion quickly became very painful.  Instead of taking a couple of hours for the drugs to run through it would take up to 6 hours.  The pain was so bad that it would have me in tears during treatment, the nurses would have to flush my intravenous drugs through at the fastest rate the saline could go and the slowest rate possible that chemo drugs could go.  The result was a lot of fluids and a long drawn out affair.  Because of my veins inability to tolerate the chemotherapy, I would like to say I was given a choice in the matter in relation to having a PICC but the reality was a good cop / bad cop act between the chemotherapy sister and chemotherapy nurse, in which they liked to give me the appearance that I had a choice, but in reality it was going to happen.   I needed a PICC line and I was being booked in.  This is one situation where they were 100% right!! And I trusted them enough to go along with it despite my concerns and apprehensions, and as I said, despite everything that followed it was the right thing to do. 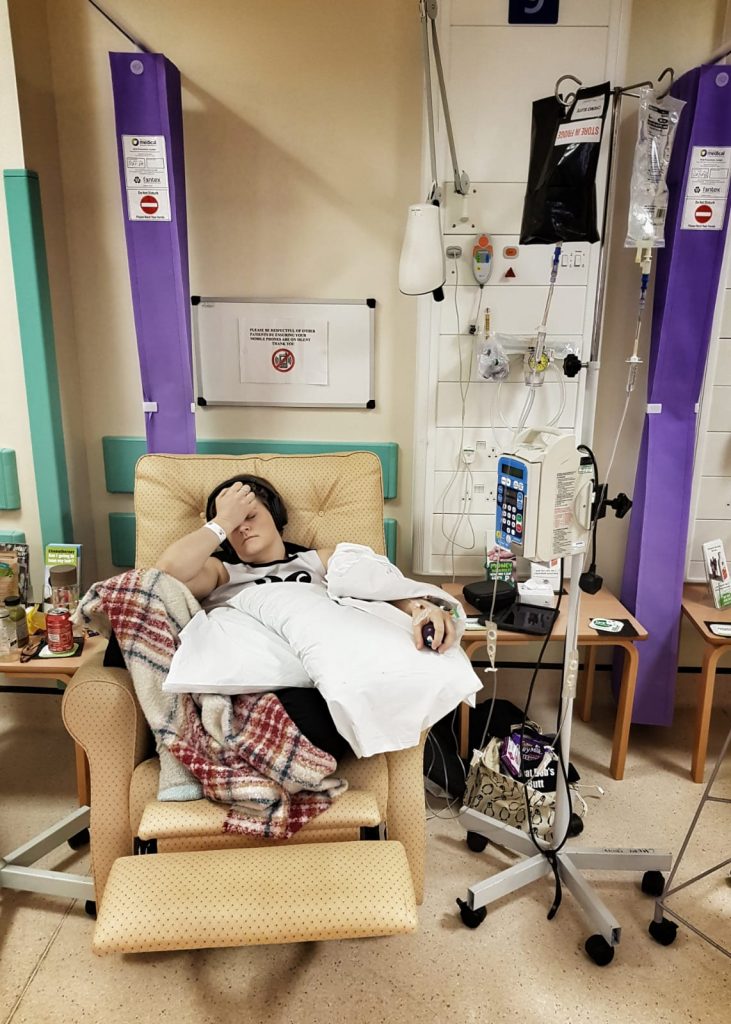 Once the PICC line was in situ, the only place where I was aware of it, was where it enters into your arm.  Some of my clothes wouldn’t fit me as the sleeves fell just in the wrong place and you develop new techniques for getting dressed to ensure that you don’t catch the line but you adapt very quickly.  What is more interesting is when you have it removed, and you develop a somewhat phantom PICC line sensation in which it still feels like it is there.  You find yourself continuing to do the adaptions that you learnt to manage it and each time realising as if in a repeated shock that it isn’t there anymore.

For me I was unfortunate and my first PICC line resulted in a deep vein thrombosis, followed by a severe infection that resulted in me being hospitalized for a week with sepsis.  After its removal, I had a second PICC line inserted in my other arm, and this so very nearly lasted me the remaining duration of my treatment but just at the last hurdle as the finishing gate was in sight, it became dislodged and a bend emerged in the tube meaning it was no longer viable to have chemotherapy through.  As such, I had a procedure termed a re-wire undertaken where the old one is removed and a new one is inserted in its place.  It is a quicker procedure compared to starting from scratch again.  I did experience some spasming veins during the procedure, but patience on the part of my nurse during insertion helped the veins to settle.

The prospect of having a PICC line is a daunting one. But the pain that ABVD and other intravenous regimes can cause is a real one.  Chemotherapy with PICC line in place, was relatively pain free and undramatic compared to without.  And best of all, the PICC line enabled me to get home in time for the influx of side effects to hit where I could be tucked up safely in bed rather then endure their impact sat in a hospital chair.